As I was writing my previous article on zombie processes, I was reminded of fork bombs and how they’re a barrel of laughs.

My first encounter with them was when I worked as a tech phone jockey at Earthlink in Harrisburg, PA. On a lark, other phone techs would send a version of a fork bomb that would continually open new browser windows until the browser crashed (and sometimes the system). Adding to the hilarity was the fact that the victim would be on a call with a customer at the time.

A denial of service attack, a fork bomb constantly spawns new processes which increase exponentially and quickly exhausts system resources. For example, it will saturate the system process table and eat up RAM and CPU time, grinding the system to a halt.

This happens very quickly because of the exponentiation. 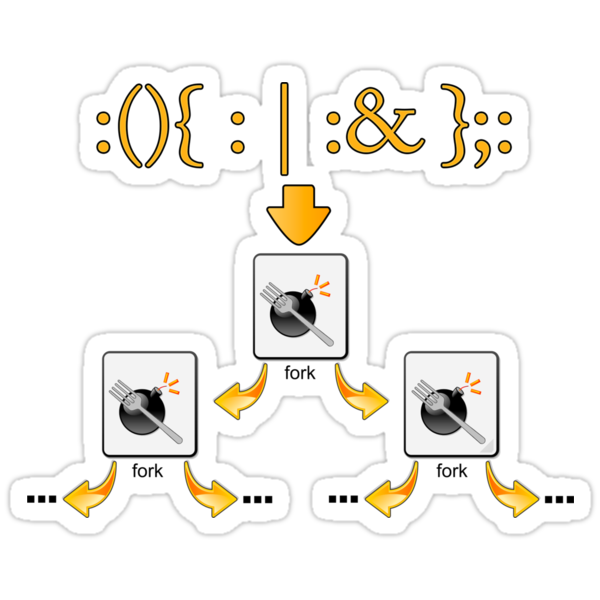 Let’s look at some examples.

Don’t let anyone use your system.

Or set system-wide in /etc/security/limits.conf.